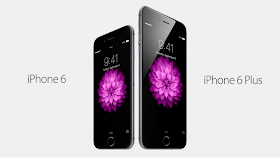 
Iphone 6 and 6 plus new debutant to claim a throne .  Is Iphone 6 could be the game changer for apple or its just a fuss around the corner . This time apple has left no room for error , completely new chipset A8 along with rounded corners and larger screen as we've never expected this to happen from apple . As apple always believed to stay what they have from last few years . Bieng loyal to apple for so many years would be a complete disappointment with the fact that there is no major upgrade in terms of ram and customization . it's too pricey if the user want 64, and 128GB of built-in storage. If they keep themselves so repetitive year after year they might succumb to its allure. we've started this review off with a wrong foot , please forgive us for a bluster . In the beginning apple declared the launch of Iphone 6 and plus we thought of the same unibody design but this time cutting edge with a slight bent (which is good) gives you great control over the iphone 6 and unibody with great styling same as we've seen in Ipad. Iphone 6 Display 4.7 inch which is quite smaller in camparision with most of the smartphones . Although display is scratch resistant which most of the screen offers the same these days (apple to claim to have stongest in the industry), but gsmarena's author found little scratch during their test( that should not bother buyers decision ) .


Hands off features allows you to make call and answer to any wifi enabled ios-8 device .only thing that should be in common beside OS is that all ios 8 device should be on the same wifi network .


Icloud drive allow you to store documents and data
Handoff feature relies heavily on the iCloud Drive - this is a document you've opened on your iPhone would be handed over to your iPad or Mac. If you don't use iCloud Drive this file continuity wouldn't be possible. Family sharing is another feature that adds upto 6 users to pay from single credit card account to purchase . One should not forget that once you use upto 5gb storage you need to purchase extra money to expand the space .

BELIEVE IT OR NOT !

well ofcourse apple is known for its class , apple launched in Sept 19 in U.S. and U.K. and many more countries . Still to release in India at the end of october . If resources to believe iphone 6 plus has some issues when phone placed inside the pocket it's start bending after continuous pressure inside the pocket .

Its too early to decide apple's success or failure . Users has multiple options to choose from as google is about to release his next flagship phone nexus 6, it would be a tight competition for sure . If you really dont care how much it cost , surely you can have one but on other hand there are some devices which are giving high end specs at minimum investment . Iphone stand to a different league altogether so their names are unlikely to come up in the same conversion . surely it's one of the strong contender amongst high end smartphones.

To preorder for iphone in india would give you lots of offer for diwali festive log onto snapdeal for cashback and lots more
Unknown at 10:18
Share